The mining industry is experiencing an Internet of Things (IoT) revolution, with companies reporting significant increases in the adoption of connected equipment to ensure operational safety and efficiency.

Hélio Samora, founder and CEO of IoT Solutions and partner of ABINC (Brazilian Internet of Things Association), explains that current monitoring solutions are based on the import, translation and conversion of the information generated by the sensors. “Because there are hundreds of sensor manufacturers for mining, the process of importing and consolidating data becomes slow and complicated, opening windows to errors. All of these processes, which have countless types of data that are difficult to understand in an agile way, make current systems slow and not safe enough for control and monitoring that should be specific and uninterrupted,” he says.

This is where IoT solutions come in, capable of extracting data from sensors and sending it directly to a cloud solution, without the need for conversion, without loss of information and without human error. “The vital factor for this is that technology is cloud-native, that is, a solution already built in the cloud that allows the use of the most modern architectures, providing speed and scalability, without the need to send data to a server,” explains Samora

By adopting this type of technology, it is possible to obtain benefits such as real-time monitoring; access to information in a single system; exemption from sending employees to the field for activities such as calibrating sensors. All this in addition to lower maintenance and ownership costs.

The advantages are being perceived by the sector. According to a survey conducted by market research firm Vanson Bourne for Inmarsat, mining companies have reported successes in implementing projects to protect workers through remote monitoring, drilling monitoring and remote observation of acid mine drains. However, despite this progress, the report notes that there are several challenges that are hampering the industry’s ability to reap the rewards That IoT has to offer.

Although the increase in IoT deployments, a market that, according to IDC, will move $1.2 trillion in 2022 in the world, indicates progress, the report notes that use cases and data management are simple and companies face many challenges to realize all the benefits of technology, especially in terms of its use as a key factor in the business strategy.

The lack of skills to work on these projects is cited as one of the problems, as well as limitations on investment and cultural resilience, unreliable connectivity, irregular cybersecurity processes and data management processes that are not sufficiently developed for this type of initiative. .

Mining company Companhia Vale do Rio Doce (Vale) is using new technologies in some project lines, mainly autonomous operations and artificial intelligence. In June last year, for example, the Brucutu mine in Minas Gerais became the first in Brazil to operate only with autonomous off-road trucks. With fewer people in mining activities, where heavy vehicles are handled and heavy volumes of cargo are handled, employees’ exposure to accident risks is reduced.

The trucks are controlled by computer systems, GPS, radars and artificial intelligence and are monitored by operators in control rooms miles away from operations. When risk detection, the equipment stops working until the road clears again. The security system sensors are capable of detecting as large rocks and trucks, even humans near the road.

In relation to the conventional transport model, the productivity of the autonomous operations system is higher, with also gains in sustainability, such as lower fuel consumption and, consequently, lower levels of carbon emissions. According to data from the technology market, Vale expects to increase the life of the equipment by 15%. It is also estimated that fuel consumption and maintenance costs will be reduced by 10% and the average speed of vehicles will increase.

Testing has already begun on these trucks at the Carajás mine, the largest open pit in the world, where by 2024 there will be 37 vehicles running without operators in the cab. But the mining company says it also has sensors, radars and cameras installed in several dams. The data is monitored by professionals from the Geotechnical Monitoring Center, inaugurated in February 2019, which manages about 110 structures. With this information, Vale can monitor and make decisions in a safer and more assertive manner. 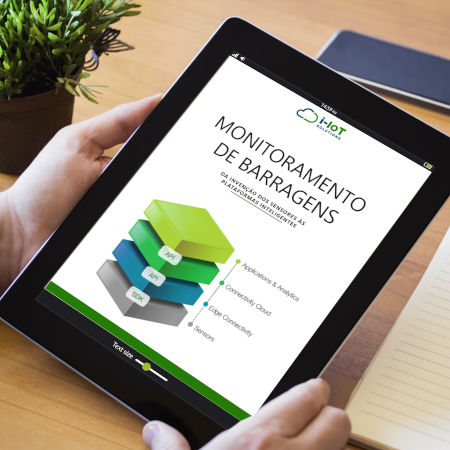